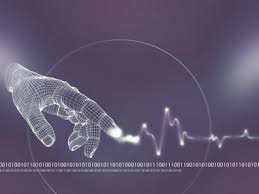 It wasn’t so long ago that the idea of tablets was still a very new one. Nowadays, though, they couldn’t be any more commonplace. Not too long before that, smartphones were still somewhat scant. These days, though, practically everyone owns one of these.

Consumer electronic devices are evolving at a practically exponential rate. This might have you wondering what you can expect from consumer electronics in 2016. Let’s take a look at some of the most promising trends right now.

First, whether its charging or syncing, you’ll soon be able to do either without the need of plugging in your device. No more dealing with short cords or hoping that the right type of charger is within reach.

Nope! Instead, you’ll just rest your device on a charging pad and let your battery take on all the electricity it needs.

Second, expect screens to be seriously improved. We’re probably a ways away from 3D screens, but it’s no secret that manufacturers have been looking for more and more ways to find ways to produce better screens than their competitors. Wraparound screens are already in the works, so 2016 may be the year for it.

Third, look for live interactions to become the norm. Whether it’s Facetime, Periscope or Meerkat, there is a lot of demand for better ways to communicate people in real-time and in-person.

Fourth, expect that third-party manufacturers are going to step up in a big way, in terms of apps and maybe even actual devices too! This could be a real game changer.